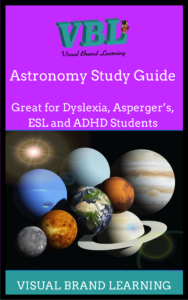 The sun, planets, moons, asteroids, minor planets, and comets make up the Solar System. The sun remains at the center of the system while all other celestial (heavenly) bodies continuously revolve around the sun’s orbit. Clouds of dust and gas also surround these bodies and revolve along with them.

The sun’s strong gravitational force is what makes all other bodies in the solar system revolve around it. The larger the body is, the stronger the gravity’s force is. And because the sun makes up 98% of the solar system’s material, it attracts all the planets and smaller bodies towards it.

There are eight planets that revolve around the sun:

To help you name the planets in correct order, just remember this planetary mnemonic:

My Very Excellent Mother Just Served Us Noodles (or Nachos!)

Facts about the Planets:

Since Mercury is the planet closest to the sun, it also revolves the fastest. It completes one revolution in 88 days.

Though not the planet closest to the sun, Venus is the hottest planet in the solar system. It is often called the Earth’s sister because of the similarities in materials.

Currently the only planet we know in the solar system where life exists. The earth has only one moon but other planets have several moons.

Mars is known as the red planet and has the solar system’s largest volcano. Though it appears red and rocky, it actually has ice in the polar caps and underground.

Jupiter is the largest Gas Giant and the largest planet in the solar system. It is 1,000 times bigger than the Earth.

Saturn is the Gas Giant known for its seven bright rings. It is the second largest planet in the solar system.

Uranus is a Gas Giant that is popularly known as the Ice Giant because the planet is really cold. Uranus spins or rotates sideways.

The farthest planet from the sun, Neptune is the smallest Gas Giant. It has six rings that circle around the planet.

Other bodies in the Solar System:

Pluto, which was previously considered a planet, is now classified as a dwarf planet. In the decades before 2006, everyone knew that there are nine planets in the Solar System; however, with this major change, the new generation is now taught that there are only eight planets.

Though the Earth has only one moon, there are many moons in our Solar System and they orbit each of the planets except Mercury and Venus. Below is the number of moons of each planet:

Some moons are just asteroids caught into orbit due to the planet’s gravitational pull.

National Geographic has some fantastic videos that Visual Students can view to learn more about our Solar System.

Visual Brand Learning offers Earth Science individuals study guides on Kindle. Astronomy, plate tectonics, rocks, and minerals are available on Kindle for $2.99. You can also receive all 3 topics together on Kindle for just $3.99. Check us out on Amazon for other Visual products on www.visualbrandlearning.com.